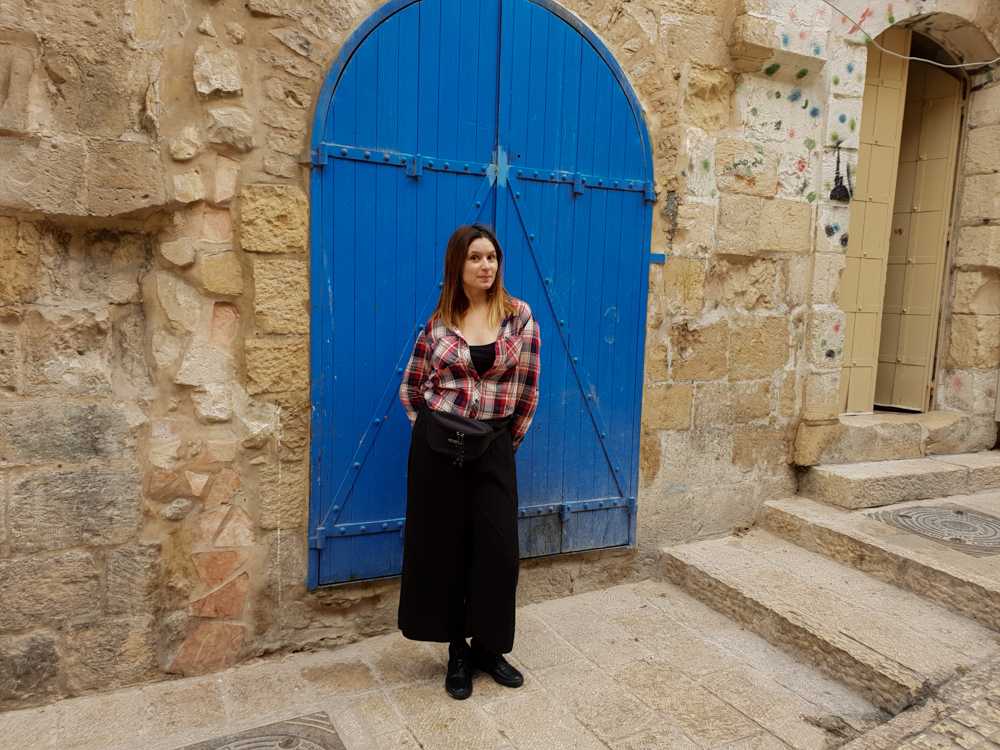 Home ENGLISH ARTICLES One day in Jerusalem, the holy land. What’s actually there?

Jerusalem, one of the oldest cities in the world, is probably, the destination on everyone’s bucket list. Even if you’re religious or not, this city is a curiosity for most of us. You may want to go there and see with your own eyes where the most famous story “happened”.

You may have an idea on what you’ll see, from the movies (that you usually see on TV around Easter). But, think about that…2019 years have passed and a lot of things have changed during those years. There is an entire city built, so the place where it is said to have been the Grave of Jesus is not under a rock and the place of Crucifixion is not on a mountain.

So, probably, the most frequent question asked is…what’s actually there? So here is what you’ll see:

Via Dolorosa- it is believed that this was the path where Jesus walked on his way to crucifixion. There are 14 marked stops and apparently, it started just inside the Lion’s Gate, at Umariya Elementary School. The whole way is surrounded by souvenirs shops and restaurants now.

The Church of the Holy Sepulchre, the place where the last stops of Via Dolorosa are marked. Inside the Church, there are three important points: the Calvary (Golgotha), the Stone of Anointing and the Holy Grave. Front of the main entrance to the Church, you will notice The Stone of Anointing- the tradition says that this is the spot where the body of Jesus was prepared for burial. Then, at the right side, climbing a stairway, there is the Calvary (Golgotha) – the place where is believed that Jesus died on the cross. Here is an Altar, called the Altar of Crucifixion. At the left side of the main entrance of the Church, is the Holy Grave, in which you can enter if you’re patient enough to wait in line for at least an hour.

The Prison of Jesus Christ and of Barabbas- the place where it is said that Jesus was imprisoned.

Very close to it is the Umariya Elementary School, where the Via Dolorosa it is supposed to have started. It is said that Pontius Pilate condemns Jesus to death there, in the Praetorium.

The Western Wall- this is a small and the last segment of the ancient retaining wall of the Second Jewish Temple. It is the traditional place of the Jews where they come and pray. I must say that this part of Jerusalem truly impressed me. There is a weird energy, seeing most of the people praying so intensively and crying, that I couldn’t describe in words. You don’t have to, but if you want, you can write something on a piece of paper, your own prayer and put it between the stones of this wall. No matter what religion you have, the faith is always in yourself. We also, could be part of a tradition called Bar/ Bat Mitzvah. This is a ceremony according to which, the children, when they reach puberty, they become aware and responsible for their own actions, so they become bar/bat mitzvah. The ceremony is joyful and the women (usually from the family) sing and throw with candies, to congratulate their children.

The Lion’s Gate, one of the open gates in Jerusalem’s City Walls. Just on the right side, you will also see a huge Muslim cemetery. From here, you can see the Garden of Gethsemane (known as the place where Jesus may have prayed with his disciples).

The Jaffa boulevard- one of the major streets in Jerusalem. It is one of the ancients and longest boulevards and it’s super nice to walk along. There are a lot of shops and restaurants, so you can pick the perfect spot from where you can admire the agitation of the city.

Jerusalem is an interesting city and I would like to come back, if I’ll ever visit Israel again. Being there for just one day, I feel like I still have things to do and see. It is impressive to think about how old this city is and I’m glad to see that they preserved its old stone look.

You may be disappointed to notice how “touristic” the holly land is, but, you should expect it- you’re visiting one of the most iconic cities in the world.

One piece of advice: if you don’t have a touristic guide, make your homework and read as much as you can before visiting the city as you won’t find too much information there.