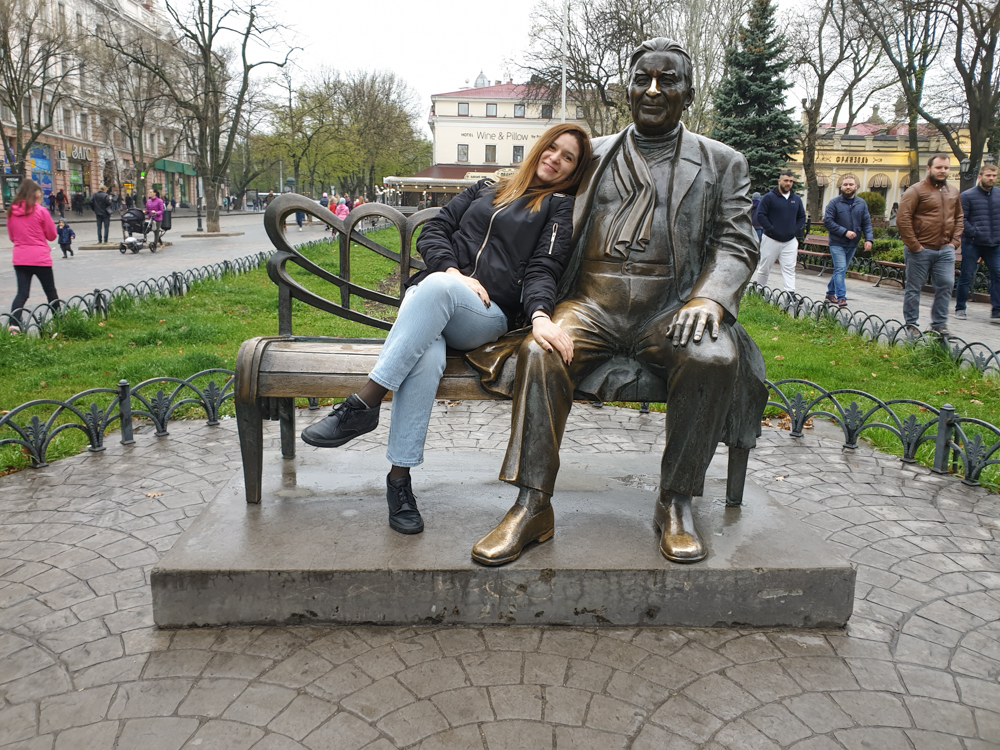 Home ENGLISH ARTICLES 24 hours in Odessa, Ukraine. What to see there?

For a traveler, going somewhere, even for 24 hours, means a lot. So, we’ve decided last weekend to escape to one of Romania’s neighbors: Ukraine, Odessa.

We wanted to go by car, so we’ve been on the road for 10 hours and a half one way and 9 hours and a half to return, for just one day to visit Odessa. But, if you ask me, it was enough. Odessa is not huge, we were able to get an idea of ​​what it looks like and what is the pulse of the city.

A town near the sea, the third largest one in Ukraine, Odessa, turned out to be quite interesting. The difference in culture is not so obvious compared to Romania, but it’s always thrilling to see new places.

What you can see there? You can imagine that visiting museums, wouldn’t be such a good idea when you have only few hours in another country. So, we’ve walked around and tried to get to know the city.

These are the main attractions in Odessa:

Potemkin Stairs -222 in total (if I remember correctly).

Apparently, in Ukraine, there is a passion for stairs and everywhere you go, you must climb a few dozen. But it’s fine, it keeps you active.

Odessa National Academic Theater of Opera and Ballet- it can actually, be visited inside 30 minutes before a show

The Port of Odessa

We also walked on the streets for hours and ate cheap and tasty food.

And yes, Ukraine is a cheap country, to get you an idea: 3 people can eat with 20 euros or even less and find accommodation at 35-40 euros/ night.

Yes, for me. But,maybe the fatigue would be too heavy for you to handle. It’s true,the fatigue becomes real after a few hours’ drive, but I always want to see the good part of this adventure.  For me, this could not be anything else, but cool and fun. After all, it wasn’t something boring and I did something different than the usual weekend activities.

During this trip we obviously, had some “unexpected” situations: we’ve been stopped by the police, we received a fine, the owner of the accommodation didn’t answer the phone and so on. But, in a way or another all these are part of the adventure. So now, we have even more things to tell about this experience.

Have you ever visited Odessa? How was your experience?

Thank you for reading, M.