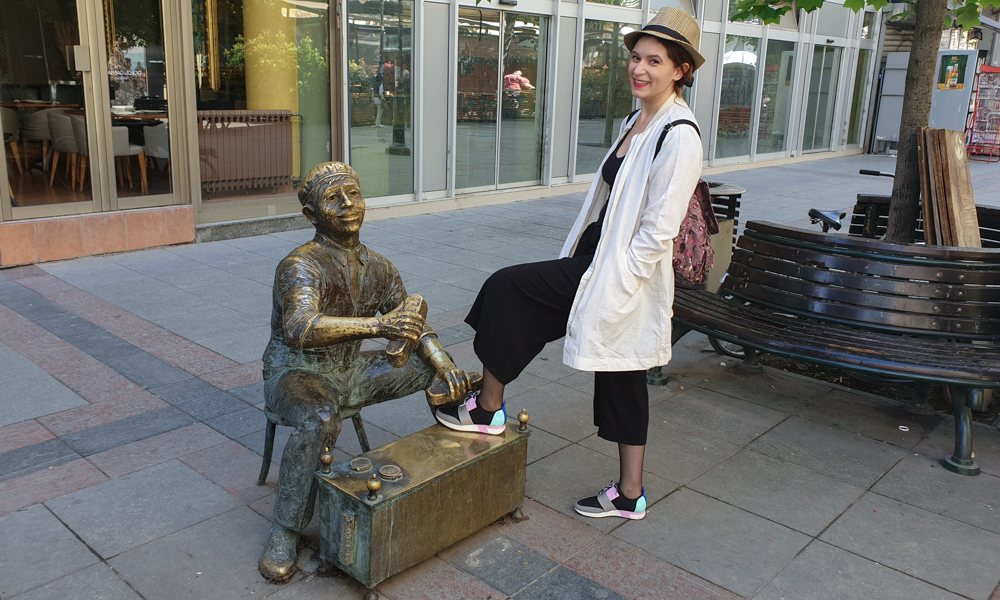 I don’t know how many cities I visited so far, but I know this: I never saw as  many statues as there are in Skopje. That’s the reason why I’m calling Skopje in this article: the city of statues!

These figures are all around the city and their number is unknown. There is also a joke, as it seems that Skopje has more statues than people now. But, just to have an idea: only one bridge, the Art Bridge has 29 statues. So, do the math with all the rest!

I tried to photograph as many statues as possible, but I don’t think that’s possible to find them all, so take a look:

It is so nice to admire them, but it’s also frustrating, because you can’t know the story of these figures. Usually, it won’t have any description, only a name and that’s definitely, in Cyrillic letters (read that!). You get used to this alphabet after few days, but not so easy at the beginning.

Why there are so many statues in Skopje?

Well, in 2010, a project called “Skopje 2014” was put in place in order to give to the capital of North Macedonia a more classical appeal, for the next four years. The project consisted in remodeling the old buildings and museums+ the construction of dozens of figures and monuments, representing the historical characters from the region of Macedonia.

The cost of the project was estimated to more than US $500 million. Without any doubt, this project attracted a lot of criticism, as being considered by many, a waste of resources of the country.

I don’t know if the idea of this project was good or bad, but now, the country definitely, attracted more tourists and a lot of attention. So, I guess that was the purpose, especially when the political intention of the country is to join the NATO and the EU.

Plus, the naming dispute between Macedonia and Greece it’s over, the official name of the country being: the Republic of North Macedonia. Not to be confused with Macedonia in Greece.

At the moment, so many tourists go in North Macedonia for these statues, but believe me, there is more than this. The Matka Canyon, which I wrote about here, should be added on your list, also the food, the people and the mountains. North Macedonia is not the perfect country and it obviously, has its bad parts, but it may be a great surprise for anyone from many points of view,

The most impressive statue is, of course, the Alexander the Great in Macedonia Square. The independence of Macedonia from Yugoslavia was declared here by the country’s first president, Kiro Gligorov.

I didn’t have any expectations before going to this trip, but I came back very excited about my days in Skopje.

So, what do you say? Do you feel attracted to visit Skopje while seeing these pictures?